Do you know where the name Mad Hatter came from? Well, Lewis Carroll borrowed it from an old saying, “mad as a hatter.” Mad because mercury was used in hat making and over time, hatters became exposed to increasing amounts until some went kind of insane.

A hat store is properly called a haberdashery. I mention this because I think haberdashery is just a really awesome word that needs to come back into the common lexicon. I may be alone in this feeling. But over in Fantasyland, we have… 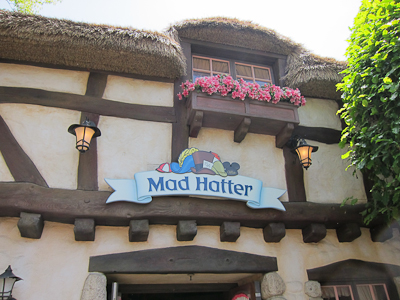 Also awesome are the hats you can get at the Mad Hatter. 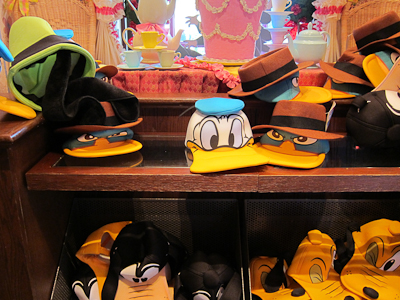 I’m kind of coveting that Agent P hat. And if you don’t know who Agent P is, you really need to start watching Phineas and Ferb. Seriously, great show. Not just for kids.

The Mad Hatter has awesome details just like everywhere else. 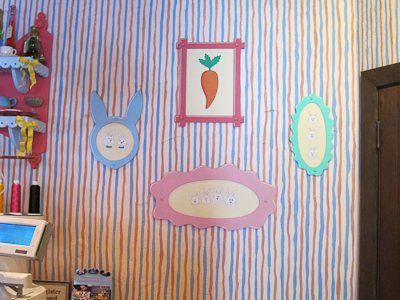 There’s also a secret! Can you find it? 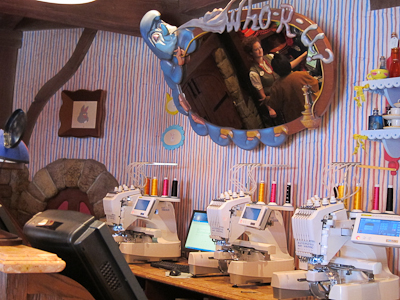 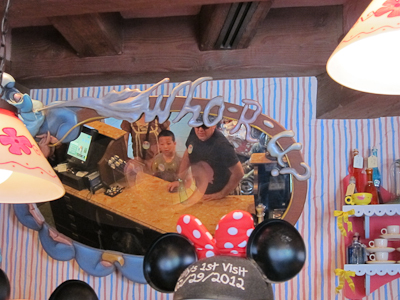 No, it’s not the hat writing machines. The Cheshire Cat appears in the mirror if you look closely enough.

And again, no, Lewis Carroll didn’t completely invent the grinning Cheshire Cat–apparently (according to the highly reputable wikipedia) the Cheshire Cat was first mentioned in print in 1792.

(the original Alice’s Adventures in Wonderland was published in 1865, in case you were wondering)

(admit it, you know you were) 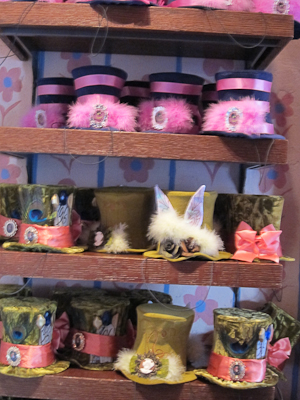 I’m actually not a huge fan of these

And as always, the ear hats 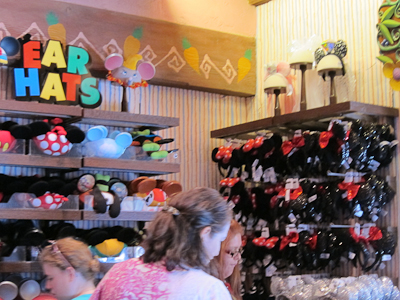 Love the ears though!

If the Mad Hatter haberdashery sounds familiar, it’s because there’s another one on Main Street in Town Square. Need a hat? Now you know where to go!