Look! I tried to get all artsy! 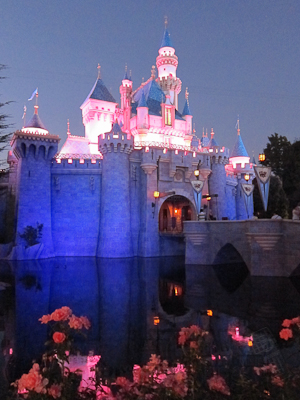 I’m quite proud of this picture, so feel free to ooh and aah and tell me how talented I am

This was back on the 10th so the Halloween stuff just started coming up. Have I mentioned how much I love the Straw Hatters? Because I do. And they are in pumpkin form. 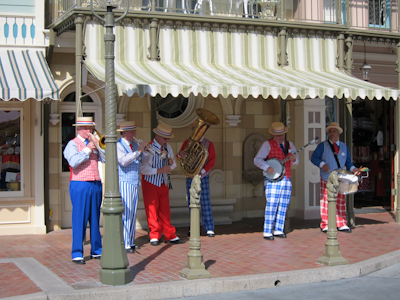 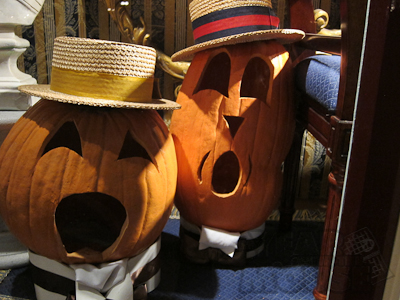 Well, looking at it, the pumpkin on the left seems to be wearing a Dapper Dans hat. 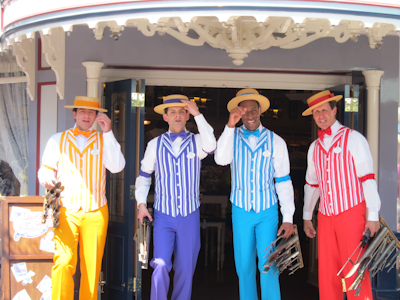 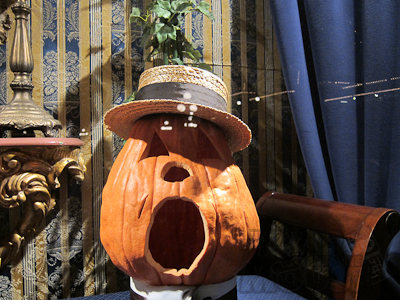 Well now I’m conflicted, because the Straw Hatters have red/white/blue hat bands while the Dapper Dans have solid colored bands that match their natty waistcoats, but the first pumpkin up there on the right has black and red band, and the bottom pumpkin appears to have a grayish/blackish band. So are they Straw Hatter pumpkins or Dapper Dans pumpkins? I mean it look like they’re singing, you know?

These are the things that keep me awake at night, people.

Over in the lagoon they have the seagulls from Finding Nemo and they do, in fact, say “mine mine mine mine mine.” Which I think is really cute, actually. But they are audio-animatronic. There are also ducks in Disneyland and they are real. Now I took this picture because the duck is up there on his own rock next to the seagulls’ buoy. I don’t think the picture clearly conveys my impression of the situation at the time, which is that the duck was shooting the seagulls this LOOK like “You’re not the only water fowl in town, buddy.”

I swear to god, in person it looked like the duck with giving the seagull the bird version of the middle finger

^^That’s an example of where a picture DOESN’T say a thousand words.

The Mad Hatter was closed that day. I don’t know why or for how long. 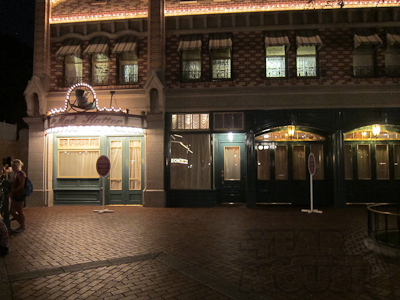 MYWTM, giving you vague and unhelpful advice since 2011 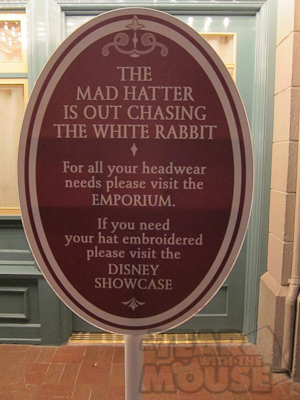 I was also quite surprised to see Mickey make a sudden appearance. He came out right as I was standing there taking a picture of that sign. 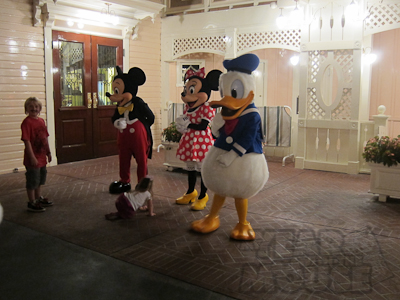 I thought it was particularly interesting because the park was closing in 15 minutes and they just brought them right out onto that corner of Main Street 15 minutes before closing. I didn’t know they did that. I took a blurry picture of my watch to record the time. 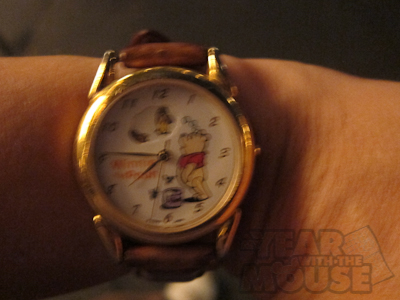 I love this watch. The characters in Pooh’s thought cloud rotate. I got it from the Disney Store about 15 or so years ago, maybe more

Also, remember how I told you that The Restaurant That Can’t Decide What It Wants To Be Called had its sign removed? Here’s evidence.: 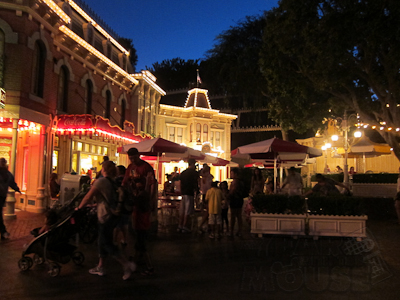 Not that you thought I was lying, but you know.

I love the in-park concept art for the new Princess Fantasy Faire. I seriously can’t wait. 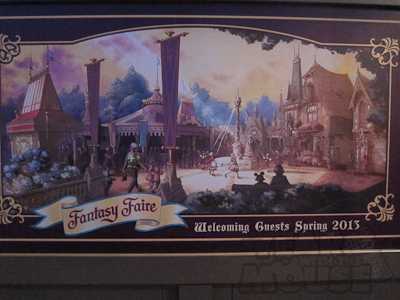 And I’m not even into princesses!