I seem to be making a habit of very long post titles as of late. I’d file this one under “Things I knew existed but never actually looked closely at,” but my Categories over there —–> are getting a little crowded.

Anyway. The castle holds some secrets within its walls, or just outside of its walls as the case may be, two of which are secret passages to other parts of the park. In this post I’m going to talk about Frontierland. You probably knew that if you read all the way to the end of my very long post title. Also the post title gives away the surprise. Maybe I should be more vague.

So when you’re heading North through the hub and cross the drawbridge, right as you come through the castle, look to your left and see the secret passage to Frontierland. 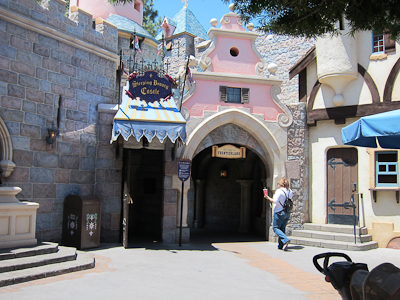 It's a passageway I never ONCE walked through before I took these pictures. Why? No clue. I'm too cool for secret passageways, I guess.

If you’re thirsty and/or want to see a lovely little statue of Princess Aurora and the Prince who woke her up, there’s a water fountain right there. According to my Standard Research Methodology (3 minutes on Google), the Prince does not have a name. As such, he will henceforth be known as Prince Biff. 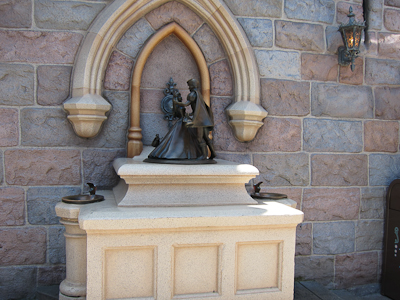 Oh crap, I just utilized my SRM again, and Prince Biff does have an actual name. It’s Prince Philip. What a shame–Prince Biff was so catchy.

Anyway, the passage itself is rather unassuming. 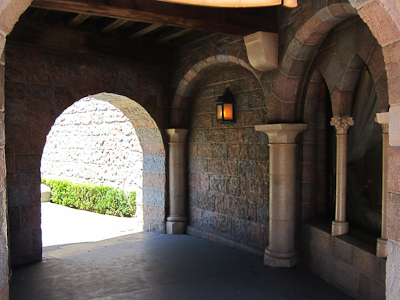 There's a light at the end of the (very short) tunnel!

But the exciting thing is what’s directly on the other side. 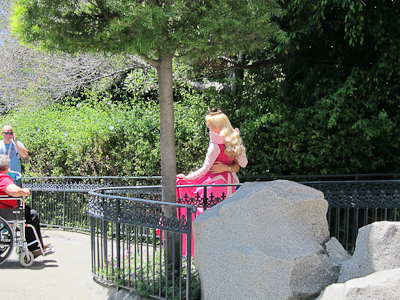 Not only that, there was also 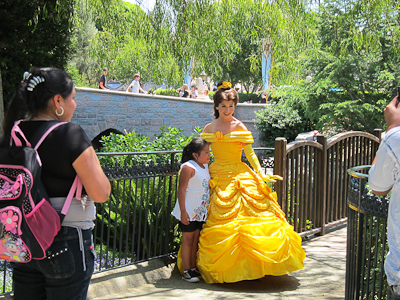 Belle sans Beast or, according to my SRM, Prince Adam

This is very significant.

Why is this significant?

Princesses are pretty much the Holy Grail of character meet-and-greet. In fact, back at the Princess Fantasy Faire, people wait in line for well over an hour at times to meet a mere 3 princesses. However, when I stumbled across Aurora and Belle, there were exactly 8 other people there, not counting this guy: 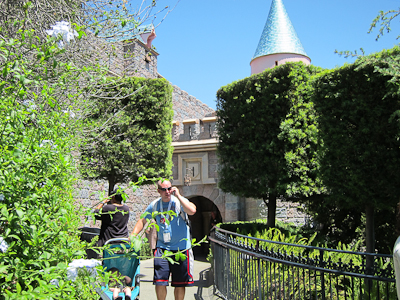 The exact words he was saying into his phone were "Honey, come quickly! It's Belle and...the pink one!" I'm totally not joking here.

Belle and the pink one indeed! Two princesses with virtually no wait for pictures and autographs. SCORE! I believe the various  princesses frequent these secret passageways quite often, so it’s always a good idea to take a look. In the following picture, the yellow line is the secret passage and the circle is where I saw the princesses (I always feel like that should be princessii). 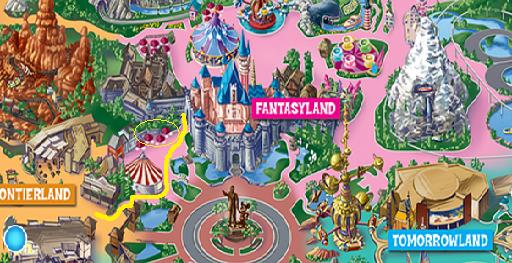 Aren't you impressed by my skillful use of Microsoft Paint?

Tune in tomorrow for Part 2. I’ll give you 3 guesses where the other secret passage leads. If you said “Tomorrowland,” you’re right.

Sorry to spoil the surprise there. I’ve never been very good at suspense.