I’ve posted already about the Plaza Pavilion (aka The Single Most Wasted Space In The Entire Park), formerly a restaurant, recently the annual pass processing center. Well, rumors have been bouncing around for a while, but today Disney Parks Blog finally confirmed what will be going in there: a Jolly Holiday Bakery!

If you don’t get the “jolly holiday” part, you need to go re-watch Mary Poppins.

I am SO thrilled to see this news. I mean, pretty much anything would have been better in the Plaza Pavilion than the annual pass processing center, but a Mary Poppins-themed bakery is just delightful. I was really rooting for this rumor to be true. 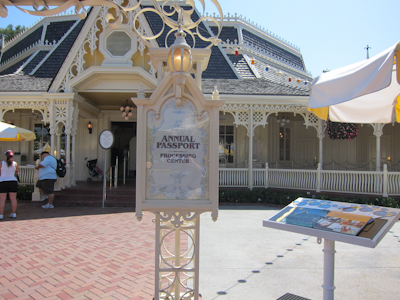 Apparently work on this starts tomorrow and the new cafe will be open in January 2012! The cafe will have a new menu and outdoor seating. OUTDOOR SEATING, PEOPLE!!!!! 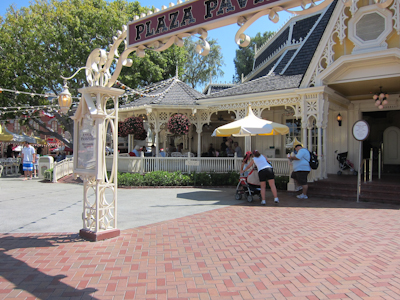 This new bakery kicks off what looks like a large-scale renovation of most of the west side of Main Street. Again, according to the Disney Parks Blog, the Blue Ribbon Bakery will be closing and it looks like they’ll be using that space to 1) add indoor seating to the Carnation Cafe’ (a lovely little tucked-away sit down restaurant, and also a hidden and not very crowded bathroom), 2) enlarging the Gibson Girl Ice Cream Parlor (you remember that part about no indoor seating? Well guess what? New indoor seating!), and 3) enlarging the Candy Palace kitchen. To which I say “bring on the candy!!!”

It looks like the Plaza Pavilion goes down tomorrow with the Jolly Holiday Bakery set to open in January, and then the other changing section to go down in January and open either in the spring or summer.

Although the question still remains…what are they going to do with The Restaurant That Can’t Decide What It Wants To Be Called?