What’s with the parts one and two and whatever? Well, I hate to overload the blog with thousands of pictures in each thread, so…

The park was filled with fun special effects for Mickey’s Halloween Party, like these Mickey Mouse Ghosts:

That's actually me and Theo at the bottom there

First off, I haven’t been to Dland at night during Halloweentime, so I don’t know if these decorations were only for the party, but they were pretty cool.

The Rivers of America looked great. None of the boats were running but they had fog drifting across the water and the Columbia was lighted up to be all spooky and stuff. 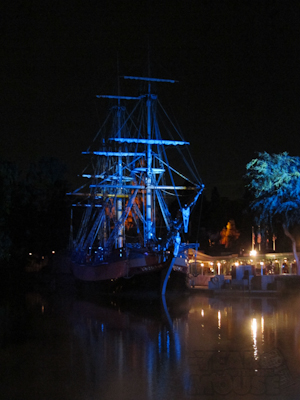 This was a pirate character meet and greet

Over by Big Thunder Ranch where Mickey and Minnie were, they had some special effects off to the side where the Mules used to be. 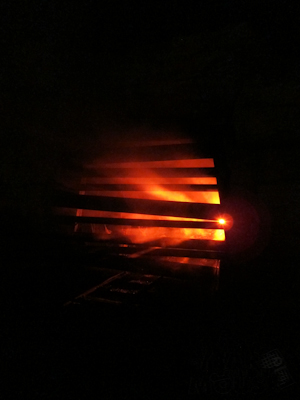 Something weird and scary in that cave

There was also a special fireworks show and OMG you guys, I have to honestly say that this was the second-best show I’ve ever seen in my life (the first best being the one they debuted at the 50th birthday). The effects were amazing. Jack Skellington was your host: 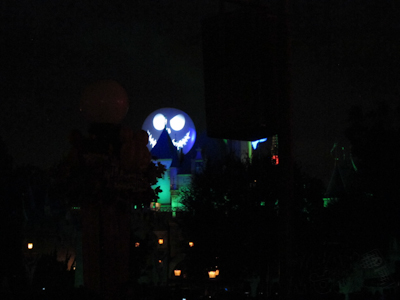 This image moved and talked and everything

They had Zero the ghost dog from Nightmare Before Christmas up on the same wire that Dumbo rides on in the other fireworks show, so it was really fun to see him floating around.

But what really made the show so awesome was the complete and utter precision of timing. Not only did the get the fireworks in the sky, the secondary explosions were PERFECTLY timed with the dialog. They fully used the castle effects, from the fire to the whirling pinwheels to the sparklers, and it was definitely worth getting a castle view for.

Even though Halloween is not my favorite season, I completely LOVED this fireworks show. It was really remarkable and used all of Disneyland’s excellent firework technology. Highly recommend!