One of the fun aspects of Mickey’s Halloween Party is the parade. They really do try to give you extras to make the additional cost worth your money. I absolutely loved the parade. This post is for those of you living vicariously through me.

Vampire Mickey starts us off. 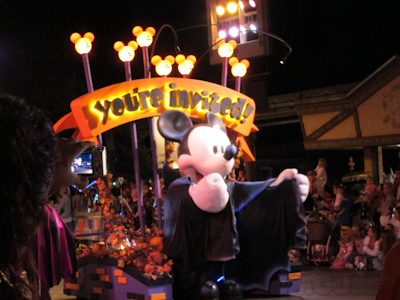 A Mummy, some striped-stockinged witches, and an oddly dressed woman come next. 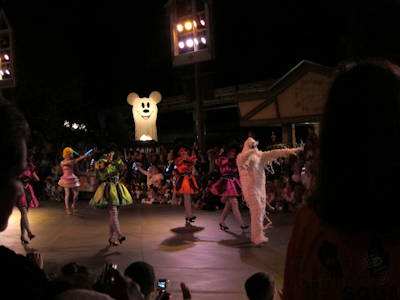 What is UP with that hair in the back?

The Costume Shop float comes next. This has cast members pretending to try on costumes by adding various boas and hats and whatever while singing. 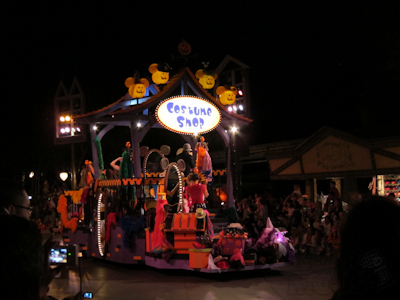 No actual costumes are changed here.

Then there’s the little pumpkins. These are adorable and introduce the next group of dancers. First: 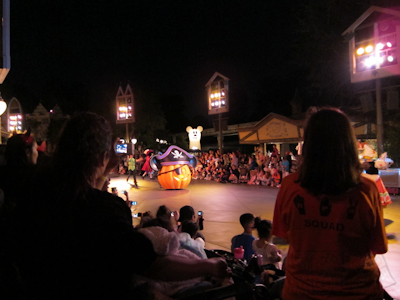 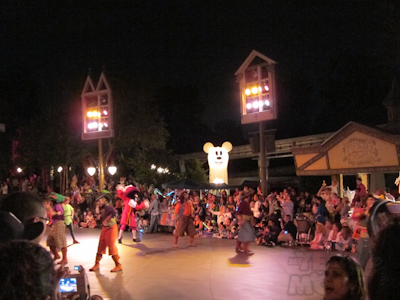 Peter Pan and Captain Hook were in that group too.

Next up is the pumpkin with the princess-y hat. 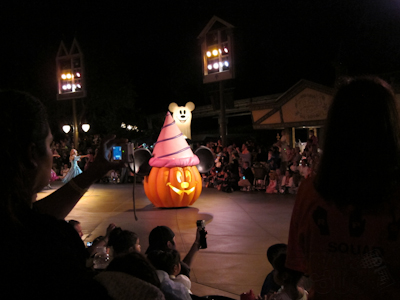 At least I’m assuming it’s a Princess-y hat, because right after that were: 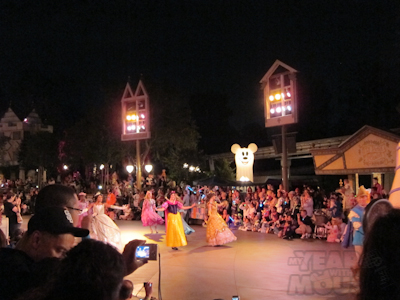 The princesses were all twirling and dancing so I had a hard time getting a picture of them. 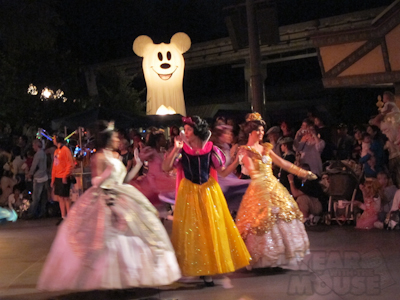 I have several of these: 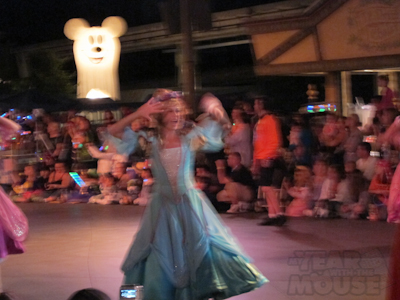 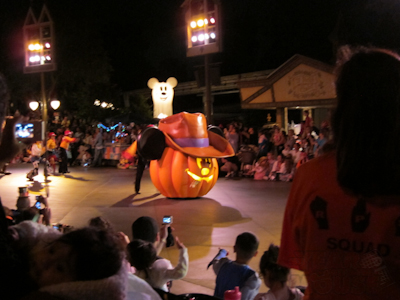 There were cowboys and cowgirls spinning around, and also: 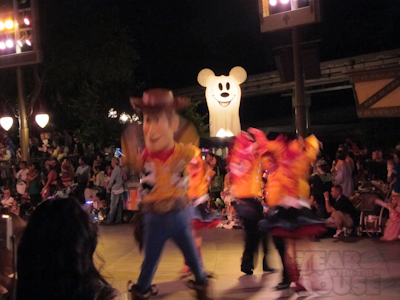 Woody! Much less fuzzy in person. 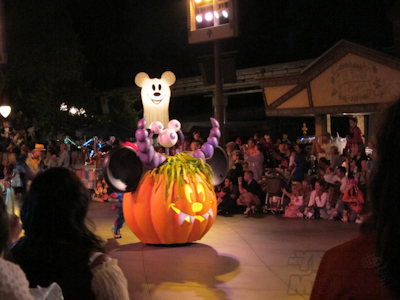 But it made a lot more sense when various monsters from Monsters, Inc. showed up. 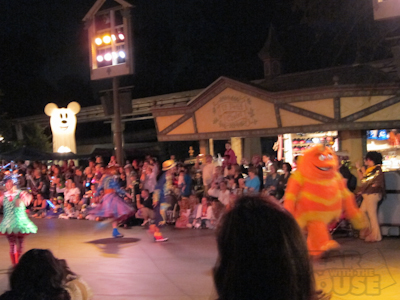 I did manage to catch Sully’s backside. 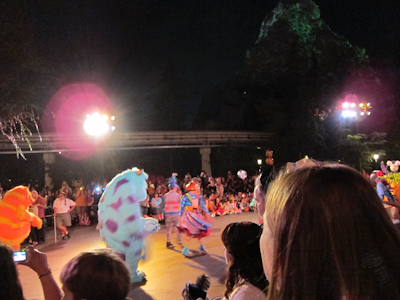 Then there’s a car with some characters from the Nightmare Before Christmas and also some honorary guests. I’ve always wondered how you get chosen to be a guest who rides in a parade car. 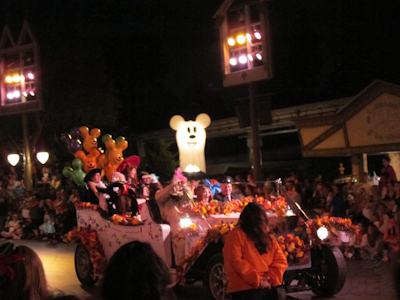 I'd love to do that sometime

Naturally, the car is immediately followed by 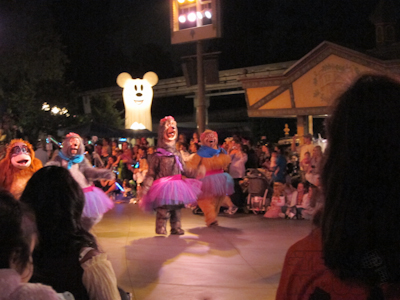 Boy, haven’t seen those faces around this park for a while!

Next are very colorful people on very tall stilts. 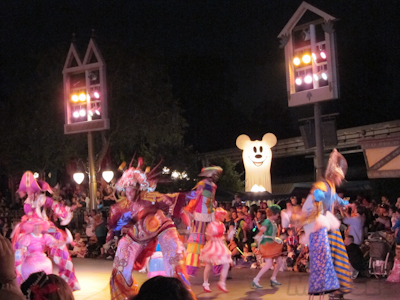 This guy was particularly colorful and tall

Also he stopped right in front of us

And then comes the final float! It’s pretty detailed so I took a couple pictures as it went by. 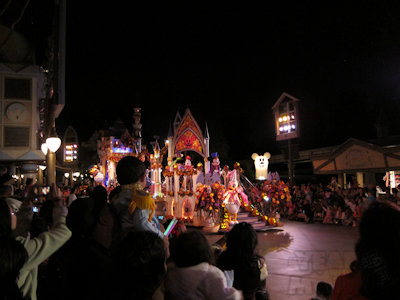 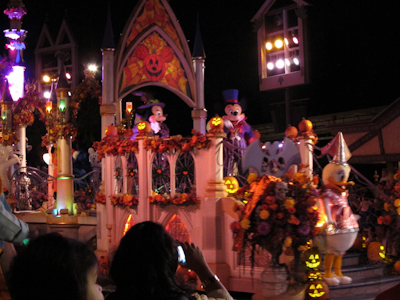 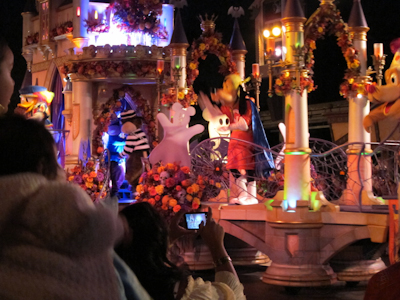 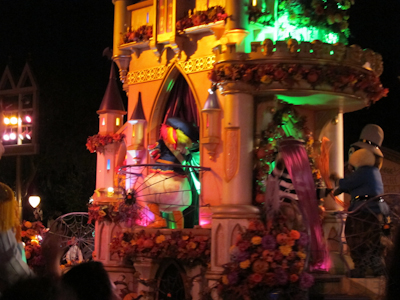 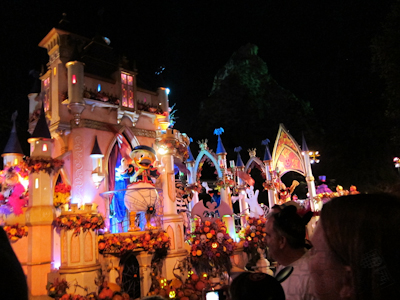 With a talking Miss Piggy at the end!