The facade of Small World is really something to behold. The artistry of Mary Blair is incredible for one, and it’s so large and majestic.

Okay, maybe majestic isn’t quite the right word, but anyway.

Christmas Small World is just about as good as it gets.

Okay, I'm going back to "majestic"

The facade also makes an excellent projection screen for things such as The Magic, The Memories, and You, and of course, something I’ve dubbed Psychedelic Small World.

It’s a show that happens every 15 minutes in which a series of images are rather frantically shown on the facade along with festive music, like from the Nutcracker. 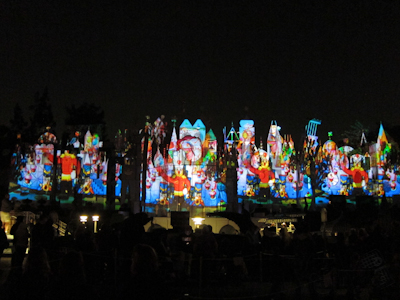 The show continues with various things 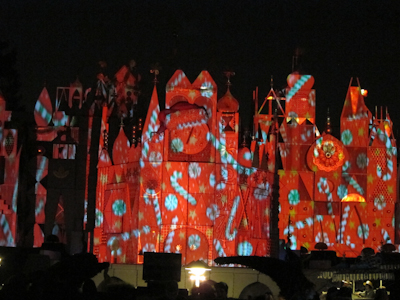 Some of it is just lighting up existing elements of the facade. 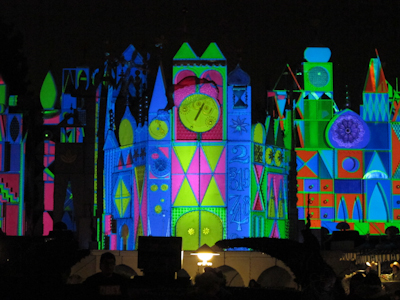 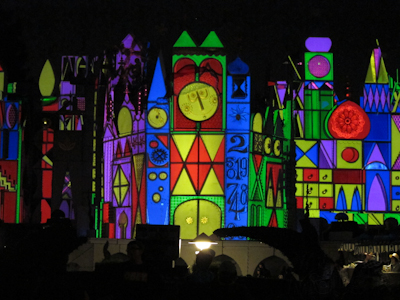 I'd call this more of a primary color set

Some of the pictures are easier to follow than others. 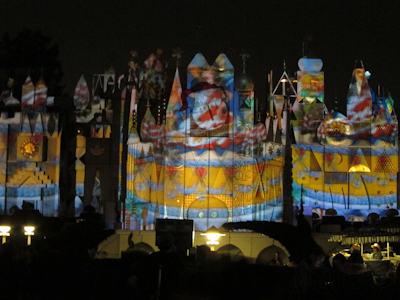 Either drums or a very confusing birthday cake

Some are much more straightforward 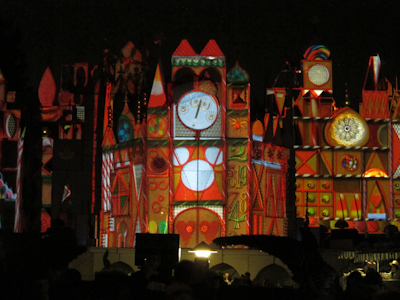 Dude, candy corn is for Halloween

And some use each panel to show a different story. 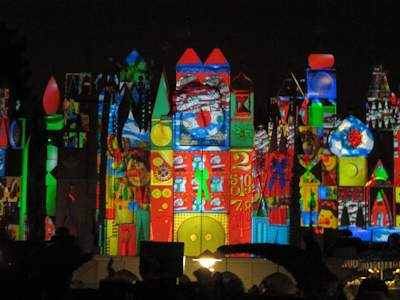 And then after this big buildup, the whole facade goes dark and all at once does this: 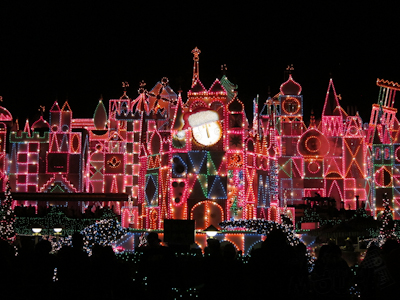 The frantic changing of images and hyped up music, coupled with the weirdness of some of the color schemes and pictures that move like maybe you’ve had too many adult beverages truly make this experience rather psychedelic.

One response to “It’s A Small, Psychedelic World”