Yep, still here in Toontown. What can I say, I tend to take a bunch of pictures at the same time, so there ya go.

Nestled in between Goofy’s house and Gadget’s Go Coaster is Donald’s Boat. 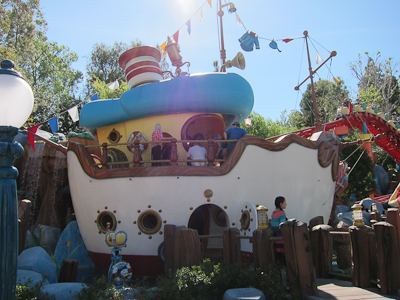 Well, there is water, but this boat is certainly not floating by any stretch of the imagination.

Donald’s boat does sit right next to a waterfall. 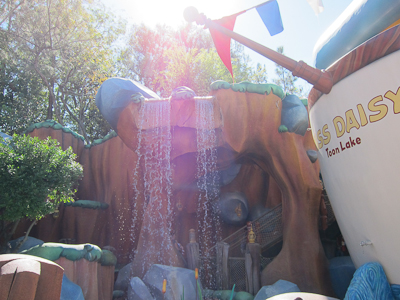 The front side of water 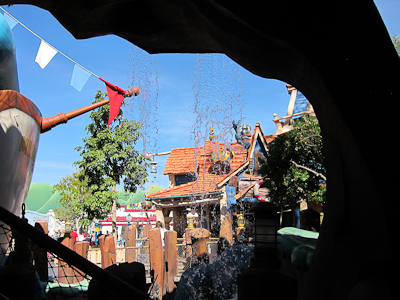 The back side of water. But you saw that coming, didn't you?

Sadly, the inside of Donald’s Boat suffered the same fate that the bounce house in Goofy’s House did. That is, there used to be something to do, and now there isn’t.

There is, as you can see, an upstairs and a downstairs. These are reached by way of a stairway next to the back side of water. However, once upon a time, there was another way to get upstairs. 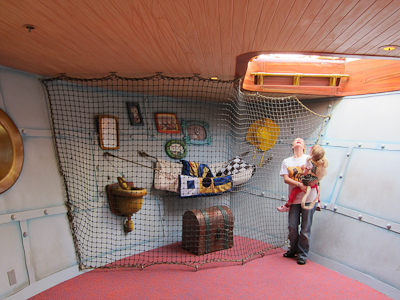 See that net? And the big gaping hole?

You used to be able to climb a net to get to the top. Now you just sort of have this inexplicable hole. 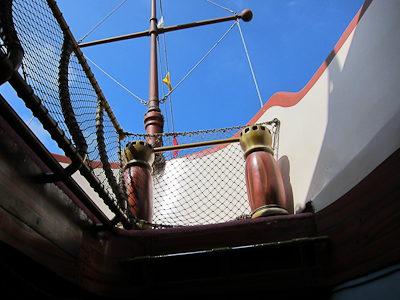 There also was a spiral staircase that went up too, but they blocked both ends of that.

The upstairs is small but cute. 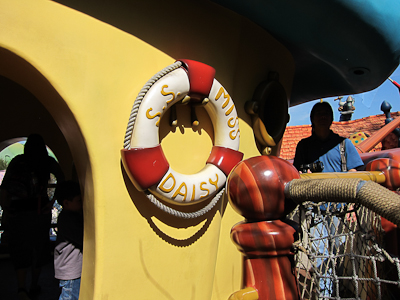 Theo REALLY liked it up here

And in the absence of things to do downstairs, you have big blank spaces where children can lie down. 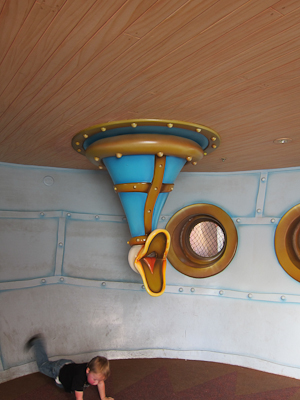 Or fall. I'm not quite sure what this kid is doing.

That duck face thing is a communication tower to the upstairs. At least I think it is. I didn’t try it out.

Oh, and I forgot the best thing about upstairs–buttons! There are buttons to press! Buttons! I MUST PRESS A BUTTON NOW! <– Theo

Once again, it’s a shame that Toontown has been stripped to a shell of its old self. I really wish they would do something about that.